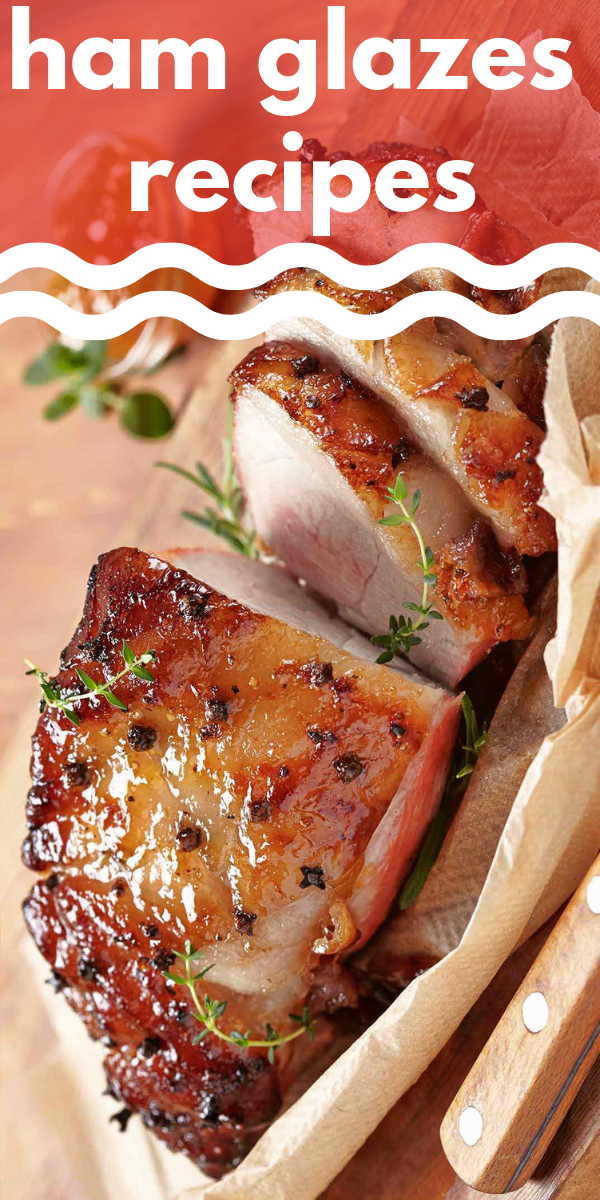 Each of the recipes below will make enough to cover one cooked hot ham, just out of the oven – don’t use this glaze on a cold ham as the short cooking time used to burnish the glaze is not enough to reheat a whole ham.
It’s best to place the cooked ham on a rack in a baking dish, with a piece of tin foil on the bottom of the tin to catch the drips from the glaze.

1.  Preheat the oven to 200C/400F/Gas Mark 6.
2. Mix the apricot jam and ground ginger together. Warm in a saucepan or microwave to loosen it and make it easier for spreading.
3. Use a sharp knife to cut the top layer of skin from the cooked ham, leaving a layer of fat underneath. Score the fat diagonally with a sharp knife. Brush the glaze over the ham and stud the ham with cloves. Bake the ham for another 15-30 minutes basting it with the juices left over from cooking the ham.

1. Mix the mustard and honey together and follow the instructions for Apricot and Ginger Ham Glaze recipe above.

Replace the Apricot jam in the Apricot and Ginger Ham Glaze recipe with redcurrant jam or jelly.

Replace the apricot jam in the Apricot and Ginger Ham Glaze recipe with orange marmalade and add the juice of one orange to some of the ham juices and use it to baste the ham.
Cranberry and Orange Ham Glaze
Mix 300g cranberry sauce (homemade cranberry sauce – or from a jar) with 4 tablespoons of honey and 1 tablespoon of mustard. Brush the glaze over the ham as in the instructions for Apricot and Ginger Ham Glazeabove.
Kumquat and Honey Sauce

This is sauce that you drizzle over a plain cooked baked ham or serve with slices of boiled ham as a condiment.

1. Slice the kumquats (or medium orange if using) discarding the top and bottom part.
2. Heat the caster sugar and water together in a saucepan and cook over a medium heat for a few minutes until reduced by a third. Add the redcurrant jelly, red wine, orange juice and cloves (if using) and simmer over a medium heat until reduced by half (about 10-12 minutes). Add the butter cube by cube and whisk to thicken the sauce. Drizzle the sauce over the ham or serve it on the side.